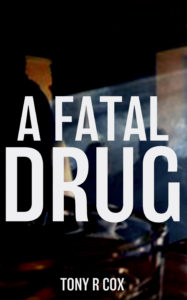 A Fatal Drug is the second in the Simon Jardine murder thriller series, following my debut novel, First Dead Body. It has been published by Fahrenheit Press and is available digitally through all the usual digital media, including Amazon, and the paperback will be available later in July.

The hectic storyline switches between Derby and Spain in the prog rock days of the early ‘70s and revolves around how young, hot-headed reporter, Simon Jardine, and his friends Dave Green and Tom Freeman follow a trail of murder and drug dealing in the search for a front page lead.atest